Have you ever considered writing a book? Do you know what steps are involved? You’ll find out today from my guest Linda Samuels, the author of The Other Side of Organized, who is here to walk us through the process and introduce us to the people who were involved in helping her fulfil her dream.

My long-standing goal of fifteen plus years was to write a book about organizing and life balance. Once I committed 2009 as the year, I enlisted help to bring my concept to reality by gathering a team of experts.

The first person I hired was my book coach, Julie Trelstad of Plain White Press. We met at a local business meeting where she was speaking about social media. Her expertise was invaluable as she reviewed and discussed my manuscript, explained possible publishing options (self-publishing vs. traditional publishing), guided me through the publishing process, established deadlines, recommended designers, editors, printers and marketers, discussed distribution options, set up my book web site and provided general guidance.

Together we determined that self-publishing was the route I’d take to bring The Other Side of Organized to market. As a result, I started my own publishing company, Oh, So Publishing! so that I could control all aspects of production from design to editing to printing and distribution. I hired the logo designer, Ron Romain of Ron and Joe to design the Oh, So Publishing! logo. I knew Ron for years and admired his fun design sensibility.

Meanwhile, Julie suggested that before I gave the manuscript to an editor, I should mail it to about five key people to get feedback and suggestions about the content. I selected several trusted friends and colleagues including professional organizers, Sheila Delson and Barry Izsak, along with psychologist and author, Dr. Ellen Littman.

While the manuscripts were out, I began interviewing potential editors. The referrals came from Julie and a few other contacts. Many phone conversations, emails and estimates later, I hired Sara Cypher of The Three Penny Editor.  Working by phone and email, she made the process painless. She also reviewed the manuscript again after the book designers had completed the design and layouts.

For the next step, I researched and interviewed book designers. I learned that some book designers only design covers, some just design book interiors and others design both. There was a huge range in skill and cost for the various components. After getting five or six estimates and reviewing designers’ portfolios, I hired Ian Shimkoviack and Alan Hebel of The Book Designers. They handled both the cover and book interior. They worked with me closely by phone and email until they developed a design that I loved. The cover was designed and approved first. Laying out the book’s interior followed that.

Once the book was designed, the files were uploaded to the printing company, Lightning Source. This print-on-demand company allows you to order one copy or thousands of copies. In addition, book retailers like Amazon and Barnes & Noble can order the books directly on demand.

When the first boxes of books arrived at my doorstep, I was overjoyed!  It took about nine months from my first meeting with Julie to actually holding the printed books. While the goal had been to publish a book, the journey didn’t end there. The next phase was book marketing. In the first few months of 2010, I quickly realized that marketing could easily become a full-time job. I knew I needed more help.

Once again, Julie put me in touch with several resources. At her suggestion, I hired a book publicist, Crystal Patriarche of BookSparksPR. With Crystal’s help, we developed marketing strategies, widened my audience and increased media exposure.

Writing The Other Side of Organized was a wonderful experience! Learning about the publishing process from an amazing team of experts gave me that hands-on level of understanding.  Many other people offered their advice, wrote book reviews and supported the project in a variety of ways. They included Charles Francis, Richard Rockwell, Dan Poynter, Judith Kolberg, Sharon Phillips, Monica Ricci, Janine Adams, Vicki Dellaquila and countless others.  In addition to industry experts, I received tremendous love and support from my husband Steve, our daughters Allison and Cassie and many family members and friends.

By handling all aspects of the book project, I was able to ensure that the final product looked and felt like what I’d envisioned. I am forever grateful for everyone that helped bring The Other Side of Organized to fruition.

The Other Side of Organized is available from Amazon and other booksellers. One of my clients has sent me a copy, and I look forward to reading it and reviewing it here for Your Organizing Business. 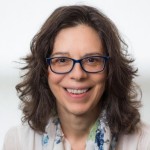 Turn your blog into an e-book: The Easy Step-by-Step Guide to Turning Your Blog Entries into Money How to Effectively Define Your Self-publishing and Book Marketing Goals