What Do You Do When Someone Retweets You?

When you’re getting started on Twitter, your first goal is to attract followers. After all, what’s the good of saying brilliant things if no one is listening? What’s just as exciting as getting your first few followers is the first time someone likes one of your tweets enough to pass it on to their followers in the form of a retweet.

Being retweeted is a great ego boost, but there are much greater benefits than that. For one thing, a retweet confirms that what you’ve said is interesting or valuable to someone else and gives you an indication of the type of tweets you should continue to post. Even better, when your message is retweeted, your audience is no longer restricted to your own followers, but opens up to include the followers of the person who posted the retweet.

With each person who reads your retweeted message, there’s the possibility that they’ll decide to follow you as well, to click through to your website, or to subscribe to your blog. Any of these actions may ultimately lead to product sales or other business opportunities. Some of those people may decide to retweet the message as well, expanding your reach even farther – an excellent example of viral marketing at work.

If you have good manners, and I’m sure you do, you’ll want to thank your retweeters for sharing your message with their network. There are many different opinions about the best way to do that.

I recently read a post by Shea Bennett, Co-editor of AllTwitter: The Unofficial Twitter Resource on this very topic. In response to the question, Should You Thank For Retweets?, he says

No. Almost never, in fact. With a few exceptions, I don’t believe there’s any need to thank for retweets at all. It might seem polite, or good etiquette, but all it really does is add a lot of unwanted noise to the stream.

I’d never thought of it in those terms before, but it made a lot of sense. We already expend a fair bit of time and effort filtering through clutter on Twitter. Does anyone really benefit from reading our “thanks for the retweet” messages, other than the recipient? I decided to retweet his post, in which he suggests that thanks should be sent privately by direct message, if at all. In response, I received an interesting email from one of my clients, who told me she’s received nasty messages from more than one person to whom she’d sent a private thank-you. They seemed to believe that by thanking them privately, she was depriving them of valuable exposure they’d have received if she’d thanked them publicly.

I was astounded. If someone complained that they didn’t like the way I thanked them, I probably wouldn’t thank them at all next time – and they probably wouldn’t notice, because who keeps track of whether or not they’ve been thanked for retweeting something? It sure doesn’t sound like anyone I want in my network! And seriously – do they really think that “@apersonontwitter Thanks for the retweet” is going to make even one person say “Hey, I want to follow @apersonontwitter”?

With Twitter, there are no hard and fast rules about anything – each user develops strategies that work best for them, including whether or not they acknowledge retweets and the way they do it. And fortunately, there are lots more ways to express your appreciation than merely saying thanks, whether in the public stream or by direct message. Angie Schottmuller wrote an excellent post where she outlines 7 Ways to Thank Someone for a Retweet that really opened my eyes to the possibilities and has begun to shape the way I approach this important part of online networking. Yes, it takes more time to be creative than it does to simply post “@personontwitter Thanks for the retweet” but like most things in business (and in life), the more you put into something, the more you’ll get out of it.

Read my other posts about Twitter for more tips and action steps to help you leverage the power of Twitter to grow your professional network and market your organizing business. 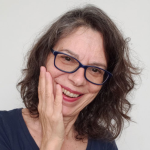