It’s no secret that video is currently one of the hottest ways to promote your business. Since I haven’t yet embraced it myself, I was thrilled when Brenna Clarine, who writes about video for the Valoso blog, offered to share some tips to help you gain more success with your videos.

One tip we’re going to skip is that your content needs to be short to go viral. It’s rare that content over five minutes long hits it big on the internet. Let’s look at some creative viral video ideas for creating viral videos in 2017.

Don’t fall into the trap of being clouded by your own opinions about your viral video content. It’s easy to become blind to the quality and virality of your content when you spend hours on end producing it.

Some simple market research may be a creative way to ensure your video’s success. Survey your existing audience on social media or in person about your video idea and execution.

2. Introduce a new spin on an old topic.

It’s been said that no content idea is completely original. Therefore, coming up with a new spin on an already viral topic may be a unique way to gain attention on the internet.

For example, doing your own spoof of a popular viral video could be one idea. Talking about a trending topic may be the key to creating a viral video on Facebook. No matter what you choose to write about, make sure the topic is relevant to your audience.

Viewers can sense when a video is just wanting to be viral. Be true to your brand and shoot for organic views. There’s nothing wrong with wanting viral video views. But, if your only focus is the numbers, your viewers will see right through it and will not value your brand.

Instead of selling your business, the central ingredient of any viral video formula should be to add value to the audience. Viral videos don’t have to be hilarious—they may entertain, inform, intrigue, or inspire.

Reaching organic numbers on your own can be difficult. Instead, marketing a viral video to individuals, businesses, and groups within your niche can help widen your audience.

The first key to pitching to more influential figures is to give, not ask. Share your video with them and explain how it relates to their followers, but don’t ask them to share it on social media. They’ll understand the hint and decide whether or not to promote your video.

5. Create your own trend.

The key to producing a viral video is creativity. Your business must stand out from your competitors to make an impact online. Although you can relate your viral video to relevant topics, creating your own trend may be the key to organic success.

Many individuals and brands have created their own trends just by posting a video on social media. One positive side of this is that trends naturally encourage sharing.

YouTube viral videos may be as short as 20 or 30 seconds. In this small amount of time, you can hook your viewers and leave them wanting more.

Creating a full storyline to go along with your viral video isn’t a bad idea, but leaving it open-ended may engender more retention. If your viewers are left wanting more, they will be encouraged to share the video so their friends can experience the same wonder.

You are creating a video, not a blog post or an infographic. Take advantage of gripping visuals. Video is the most versatile digital medium. Play around with text, B-roll footage, and other viral video effects.

In the above video, the creator doesn’t show herself dancing in her studio or bedroom for 365 days. She switches up the setting every day. She uses out-of-the-ordinary settings that make the video evermore effective.

8. Evaluate what you could improve.

Finally, understand that you cannot control virality. Instead of becoming frustrated or spending more and more on viral video advertising, evaluate your statistics. By remembering this step, you will be able to come up with more fitting ideas for a viral video.

Did you receive a low number of comments? Did most of your shares only sprout from one social media source? Was your viewer interaction high but your number of viewers low?

If done right, viral video production is one of the most profitable investments your business can make. Do not expect every video you create to go viral. Instead, focus on providing regular, valuable video content while shooting for the occasional viral video to expand your audience. If you find yourself in a rut, go back to the drawing board and let your creativity run wild. 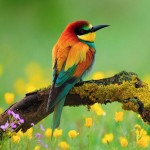 Brenna Clarine is a freelance blogger who writes and edits articles on a variety of topics. Check out her work at the Valoso blog and benefit from her company’s unrivaled freelance video editing and videographer services at Valoso.

Brenna Clarine is a freelance blogger who writes and edits articles on a variety of topics. Check out her work at the Valoso blog and benefit from her company’s unrivaled freelance video editing and videographer services at Valoso. Making Videos for the Web 7 Actionable Ideas to Boost Your Small Business with Live Streaming Starting a Consulting Vlog: What You Need to Know How to promote your organizing business on TikTok